As a company grows from having a founder (or founders), to hiring its first employees, then to becoming a team, and then developing into a multiple-team institution, a host of administrative, personnel and management issues become increasingly critical, and yet difficult, to address. Eventually every company that matures from Seed to Venture to the Growth stage and beyond discovers a brutal truth: the very thing that gave life to the company - the fuel of innovation that powered it during its earlier stages - eventually becomes one of its greatest inhibitors towards full actualization. The more ad-hocratic, hyper-lean, “Build-Measure-Learn” environments and cycles that once gave their “baby” life and a chance for a future during its fledgling moments, eventually threaten further maturity.

Often, this brutal truth that “what got us here won’t get us there” becomes the foundational argument for hiring its first head of HR. And often times it’s with deep ambivalence that founders allow themselves to make such a hire. On the one hand, founders are not just driven by, but deeply in love with...at intoxicated levels…the fast moving, unpredictable, innovation-driven environment that “presently” exists in their company. It’s HOW they got some of their best customers, it’s WHY certain developers even joined the company, and it’s a straight blessing to their spouses who know that their partner couldn’t practically live in any other set of circumstances. But on the other hand, board members, investors, friends, family, employees, customers, potential customers, and former customers are now urging these founders to develop a more efficient environment, a more predictable and scalable product, and a more quality-driven culture. Unfortunately, the larger the company grows, the louder the refrain for…gulp...efficiency.

And so, because it represents an existential crossroads for the business, installing the first head of HR is a more critical hire than most growing companies realize. This one hire can either help scale the business while helping the firm keep its soul culturally, or it can become an invisible, bureaucratic “poison in the well” for the next couple of years.

And now, a moment of silence for every entrepreneur who has to make this tough decision, and for every first-timer – and first - head of HR in a growing company….

So, having seen this moment many times as either a VC, a consultant or as a practioner, I offer these few ideas and guidelines to help executive teams during this difficult, pubescent-like transition.

Among other things a solid first head of HR should be a sophisticated concierge to the executive team to help them through the inherently transitional and ambiguous growth moment. (Rapid growth induces tremendous chaos. Like flying into a cumulus cloud…which from a distance looked fluffy and cute…and now that you’re in it is dark and grey and scary. I have often used “the fog of war” also to describe it. The more rapid the growth, the thicker the fog. It’s not for the faint of heart, and I strongly recommend that companies do their best to not just hire the best talent, but the very best talent who clearly demonstrate the capacity to work – and even make sense out of – this fog.) Having a stronger tolerance for ambiguity, a growth-experienced head of HR should be someone who understands what matters most to you and the executive team and can give a great voice to it through internal branding and messaging, recruiting and effective, end-in-mind management of key HR functions like compensation and onboarding.

A great first head of HR can also be someone who can help employees know what to expect next. For example, I mentioned that a head of HR can help the company keep its soul. Well, as it turns out, every firm that experiences growth eventually finds itself in the crosshairs of frustrated employees who will beat a drum and indict the company of having lost its soul. Your head of HR should be the calming voice of reason who helps employees understand that this angst is an inevitability since culture can never be static anyway.  “Ladies and gentlemen, this is your head of HR speaking. We are about to go through a couple of bumpy clouds, and we will be through them in about 5 minutes. In the meantime, the CEO has asked that you please put on your seatbelt and remain hungry, humble and smart.”

Laszlo Bock, in his book “Work Rules!” puts it well:

“Culture isn’t static. Googlers, for example, have said: “Google’s culture is changing and it’s just not the company I joined anymore.” “I remember when we had just a few hundred people – it was a totally different company. Now we feel like any other big company.” “We’re just not a fun place anymore.”

“Each of these quotations is from someone bemoaning that Google has lost its way.

“The first quote is from the year 2000, (less than a few hundred employees) the second is from 2006 (6000 employees), and the last is from 2012 (fifty thousand employees – especially ironic because the word Googlers most used to describe Google’s culture in that year was “fun”!) In fact, at every point in Google’s history, there has been a sense that the culture was degrading.

“…This feeling of teetering on the brink of losing our culture causes people to be vigilant about threats to it. I’d be concerned if people stopped worrying.”

One final thought on this point. It would be better to hire a first-time head of HR who has seen a couple of gnarly growth environments (as a manager or director) than to hire an experienced head of HR (one who has held a head of HR title in the past) who has not seen >100% CAGR in her career.

Not all HR practices are created equal and it is very easy for HR to engage in random acts of HR, or worse, acts of HR that will deeply harm the company. (See the table below.) Know what matters most to you and the firm, and hire a head of HR whose background and ideals are aligned with what the company needs most. (It’s important to note that the table below is a bit unfair because the relevance of every HR practice should be measured by the company’s context and need. The truth is that every category on the left may find its way to the right side of the table depending on the company’s context. Problem is, sometimes an HR leader can have a difficult time contextualizing what they do and why they do it, or they may prioritize everything as though it is of highest value.)

(“Smart References” above describes two key ideas: 1) Doing back-channel references if possible, and 2) there is a correct, highly-valuable way for a reference interviewer to ask questions of the interviewee about a candidate. Again, this will be the subject of another article, but having an administrator do references is a bad idea. Believe it or not, you can get references to say gnarly and raw things about a candidate if you approach it properly.)

Since my days as a headhunter, through 10 years of venture capital, while a former head of HR of two extreme-rapid-growth environments, and a former venture-backed CEO, I have observed that – second only to ownership & board structure, culture is king. And, culture is affected much more through good (or bad) recruiting than by any actual enculturation or training effort. Recruiting is by far the most important upside-securing activity an HR team can touch. [Here’s a few small tips on how to be a better recruiter, and managing the first phone call.] A key pro-tip: The recruiting apparatus can be structured differently from company to company. But regardless of whether your company’s HR team has excellent recruiting capabilities, or is more of a administrative function under the process, it is critical that your managers remain Responsible and Accountable (with reference to the RACI model) for hitting their hiring numbers. More to say about this, but I’ll address it in detail in another post.

To help you identify a head of HR that is likely to meet these guidelines, here are a few questions to ask candidates that may help elucidate how and what they think:

1.    Tell us about a time that you experienced a rapid-growth environment. What was the situation? How did you prioritize your (and your teams) work? What surfaced as most relevant? What surprised you as being less relevant? Tell us about the recruiting function…how was it run? What were the key metrics? Who was responsible, accountable, consulted, and informed (RACI)? Did it work? What would you do differently?

2.    Talk to us a little about recruiting. Why is recruiting important? Did you do some of the recruiting yourself (a growth head of HR has to be a killer recruiter)? Will you tell me how you would recruit me to your last company?

3.    Rank the following HR “types” according to what you are. Which do you think you are most and so on?

4.    If you were constructing a bonus plan and were asked to present the plan to the board of directors, what do you think would be the key points to make to the board, what would be your approach?

5.    Why is HR great for a growing company? Why is it potentially bad?

Growth is painful, and always includes change. Change is always accompanied by some form of destruction. Still, hiring a new head of HR does not have to include sacrificing your company’s most important assets; its people, talent and culture. In fact, it can - and should - mean building them. 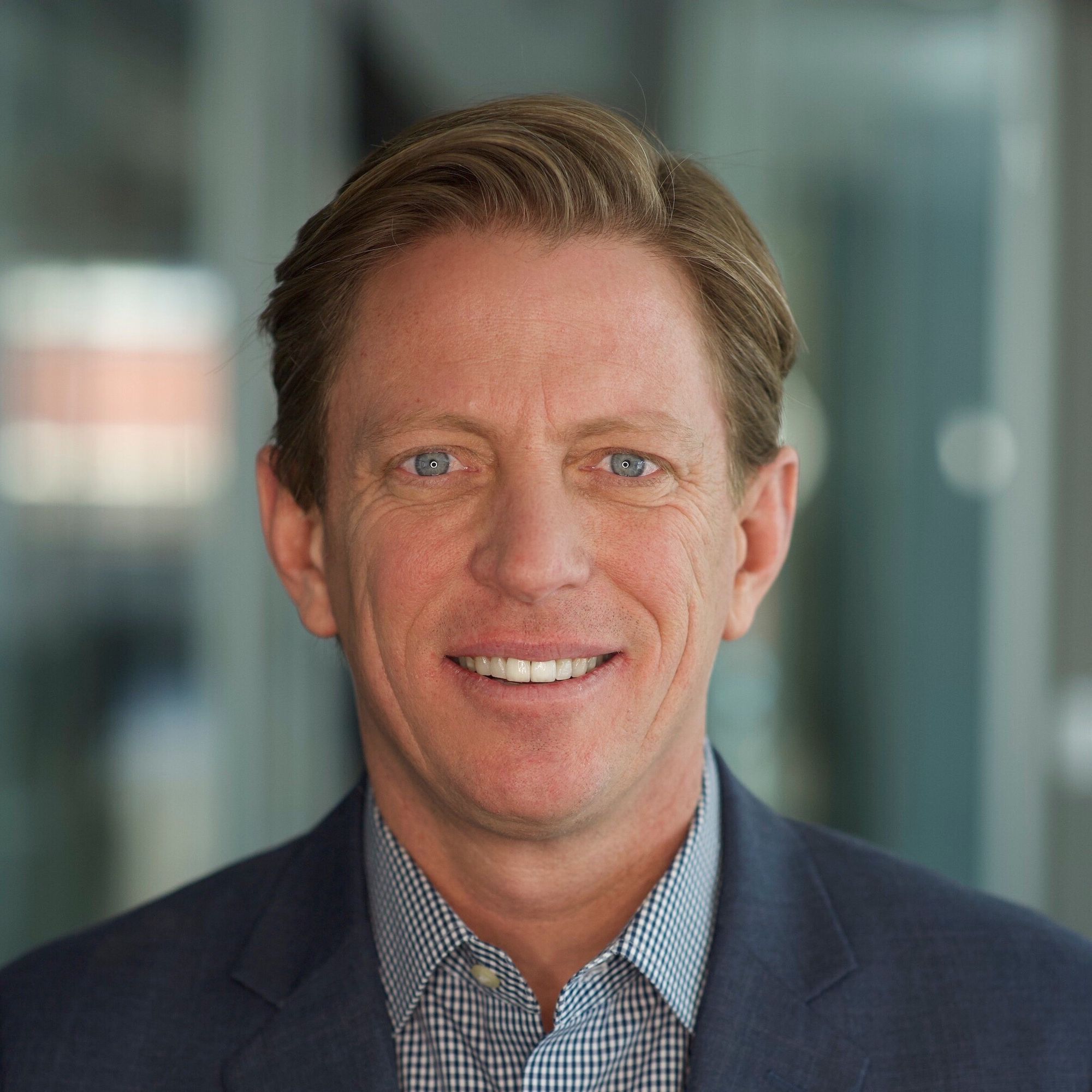 Dennis leads the People Strategy inside our portfolio, helping our companies navigate human capital issues specific to the growth stage. Dennis can be reached at Dennis@mercatopartners.com

Is Your Company Ready To Scale?

TRANSITIONING FROM LARGE TO FAST (AND FAST TO LARGE)

Is Your Company Ready To Scale?